Cape Point offers a lot to see and do. A large part of the tour operators in Cape Town have a specific route which includes the most popular stops along the peninsula. There are however a handful of additional, lesser-known attractions who some might find of interest. Apart from Hout Bay Harbour, Chapman’s Peak, Cape Point Park, The Penguins, Kirstenbosch and sometimes a wine tasting at Constantia, one can request hidden little gems when you go off the beaten track. Here is a list of 5 lesser-known attractions which can usually only be included on our private Cape Point Tours. 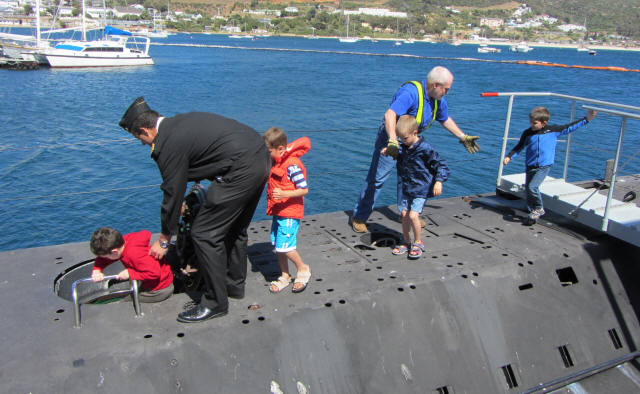 Submarine walkthrough tours are available from Simon’s Town’s Jubilee square right in the middle of town. Have a look inside the operations, life, mechanics and daily life in a decommissioned submarine. This is an activity one can include only in private Cape Point tours as timing and booking arrangements might vary. 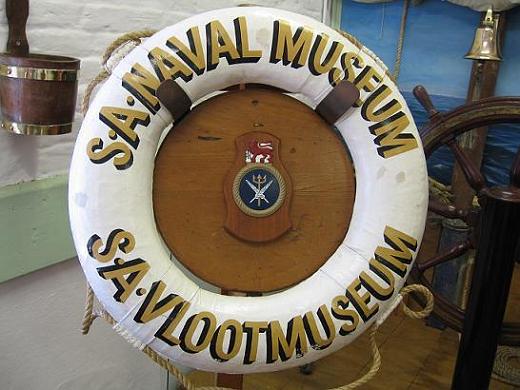 Another stop in Simon’s Town – The Naval Headquarters of South Africa – is the Navy Museum. For those with an interest in history or military mechanics and operations, make sure to stop here. Have a look back into the old South African navy operations, achievements, war stories and how it changed and developed over the years. Stopping at the navy can be done only on private Cape Point tours. 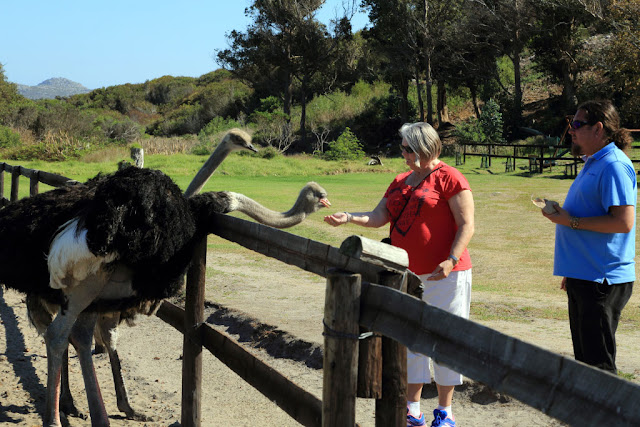 Cape Point Ostrich Farm is found only a few metres from Cape Point Park’s gate. We have a massive ostrich industry in South Africa, and dropping in for a look at his farm will give you true insight of the daily life, meat, leather and other products of ostriches. Some Cape Point group tours from Cape Town include this stop sometimes, but it will mostly be an extra, requested stop on private tours. 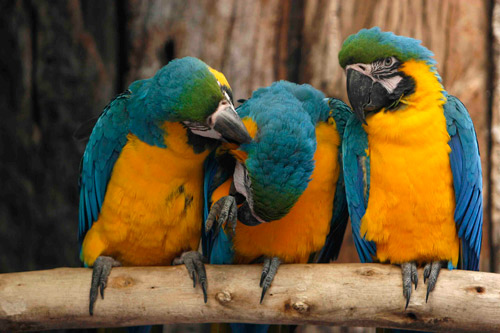 An enjoyable stop for both children and adults is World of Birds in Hout Bay. Hundreds of different species from our feathered friends can be viewed up-close in this park. Colours and sounds will entertain any age or interest. World of Birds is definitely a speciality stop only available through tailor-made private Cape Point tours. 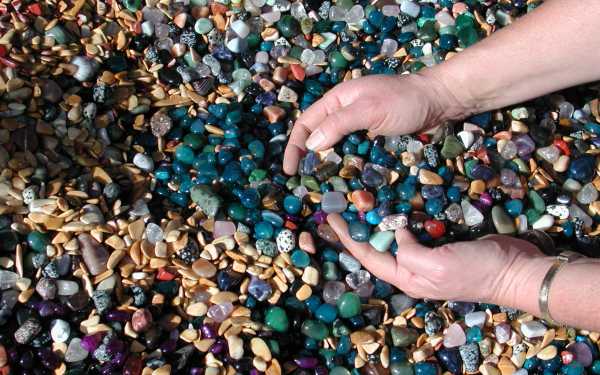 Another top stop when it comes to private family Cape Point tours including children, is Scratch Patch. Walk into a world covered in little gem stones and pick your favourites to take home. This stop is a must when the kids are joining a tour!
Posted by Cape Team Tours at 7:23 PM 1 comment:

Many will point, some will take a photo and others might have their kids climb on it for a family holiday snapshot. The statue of a proud, Great Dane keeping an eye over the historic Jubilee Square day in and day out have hundreds of tourists asking "Why is there a statue of a dog in the middle of Simon's Town?"

Just Nuisance also enjoyed taking the train with the seamen. The conductors didn't like this one bit and threatened to put down the dog. The seamen, along with Cape Town residents would not allow this, and realised they can save him and allow him free train rides if he is enlisted as an official seaman in the navy. After handing in his application as 'First Name: Just, Last Name: Nuisance', the first and only dog in the Royal Navy was enlisted. 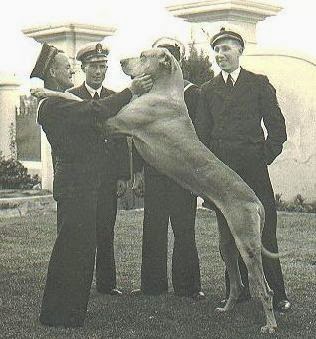 Just Nuisance never went to sea. He mostly accompanied sailors on train rides and walked them to their quarters when the bars closed. The dog appeared at promotional events, had an official, uniformed wedding and sometimes appeared as the poster boy for motivational pamphlets sent to the World War 2 soldiers.

Just Nuisance died after complications from a car crash in 1944 and left behind his beautiful wife (Adinda) and 5 healthy puppies! With his death and burial his body was covered with a Royal Naval Ensign. He was honoured with a gun salute and full naval honours. 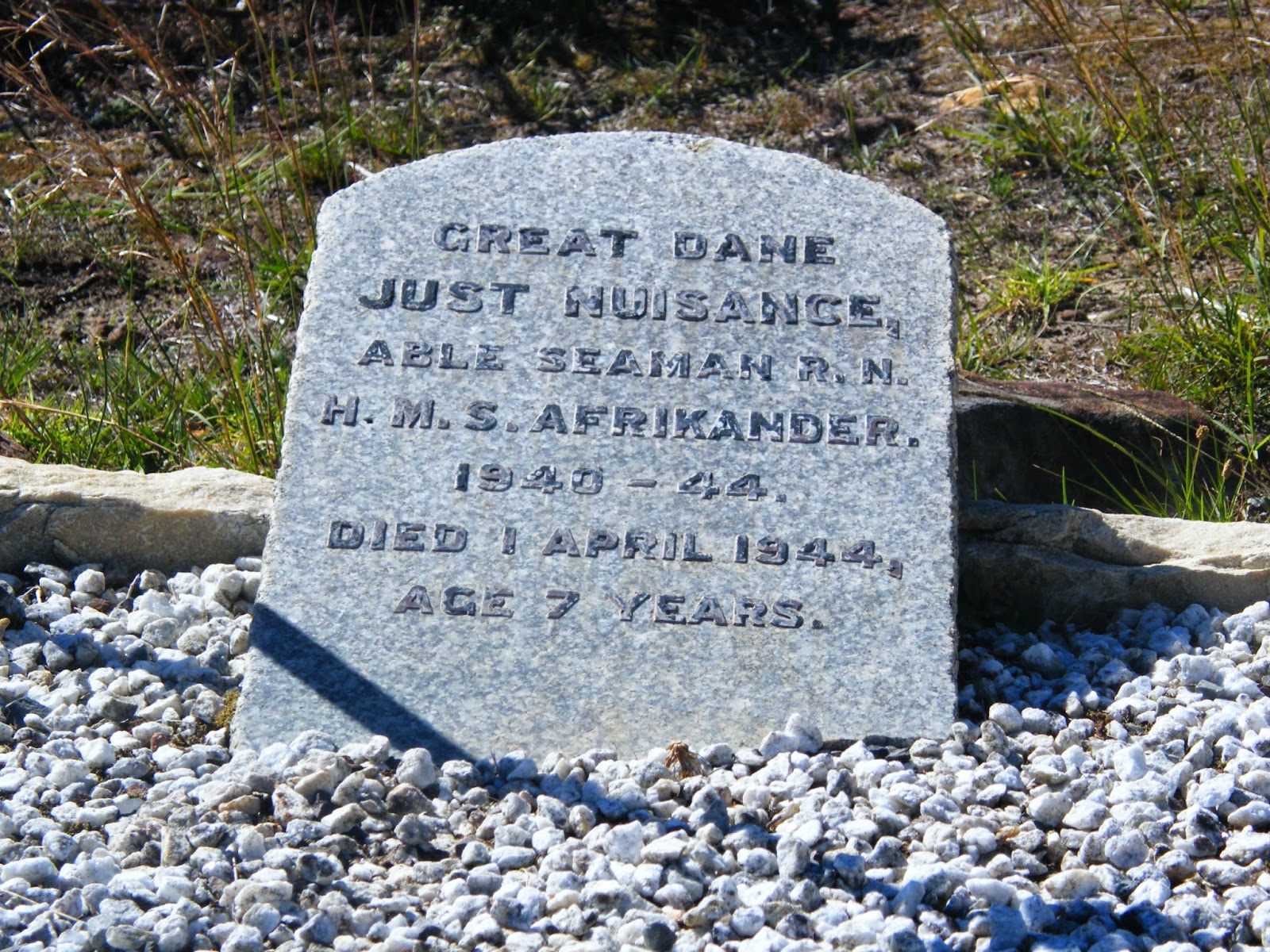 Chapman's Peak - Named after someone who probably didn't even know it!

Chapman's Peak in Cape Town is a beautiful, coastal, mountain pass with dramatic rock formations, high slopes, and dangerous curves if not respected! It forms part of many tours in Cape Town including Cape Point, Constantia wine tasting or a visit to the penguins in Simon's Town. The Cape Town community was shocked to a standstill when told the road will be closed permanently if not made safe. Rock falls caused car accidents and deaths in only a handful of years, and the road was becoming simply to hazardous. After a few years of construction closure and millions of Rands, the road was safely re-opened as a toll road.

But who was Chapman? The road engineer? An explorer? Someone well-known? None of the above! He was simply a Captain's mate on an English ship in the early 1600's. They anchored in the Hout Bay area and The captain sent John Chapman into the rowboat to find provisions on land. The area was informally named Chapman's Chance for mapping purposes, but became official on maps in later years. 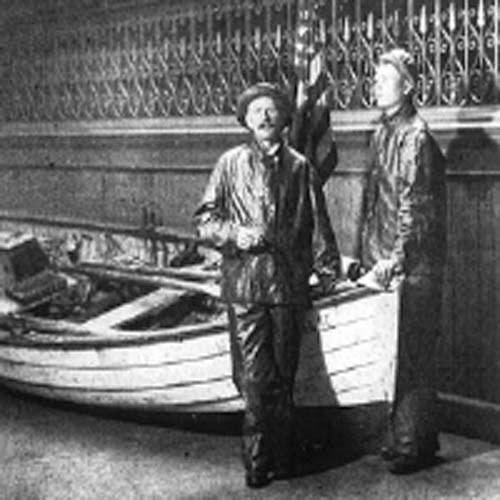 It is most likely Mr John Chapman died without knowing how popular his name would become. A temporary note on a map became a name spoken in Cape Town and historic tours every single day.
Posted by Cape Team Tours at 5:41 AM 2 comments:

Certainly a pizza delivery like never before, and perhaps never again! The delivery boys from a Cape Town Pizza business goes the extra (sea) mile for their customers! 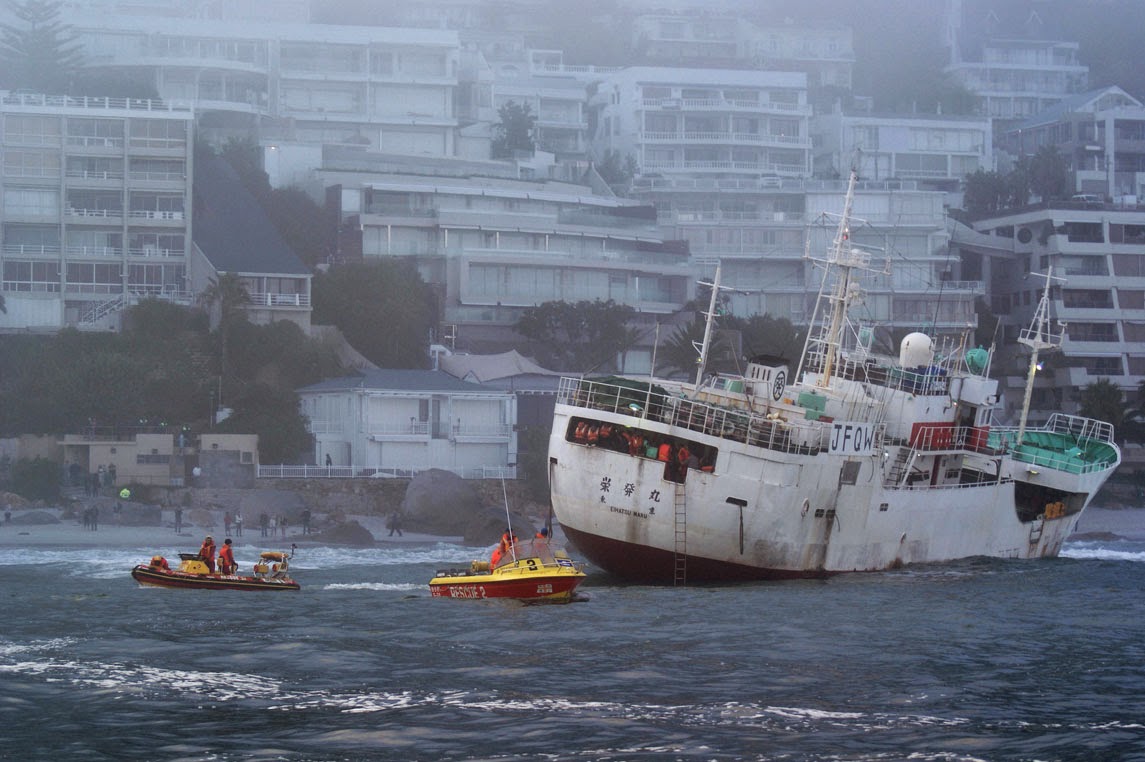 Some of you might remember this event from a couple of years ago if you were in the Cape Town area. It crossed my mind again (for some unknown reason!) and after looking it up, I found the pics and videos all around the internet!

Saturday, 12 May 2012, a Japanese fishing trawler became stuck in the shallow Clifton sands, and simply popping it into reverse was going to help! With about 30 crew members and a dog on board, this gigantic piece of metal on the famous Clifton beach wasn't going anywhere! A massive, multimillion Rand operation finally moved the doomed ship to Cape Town harbour. 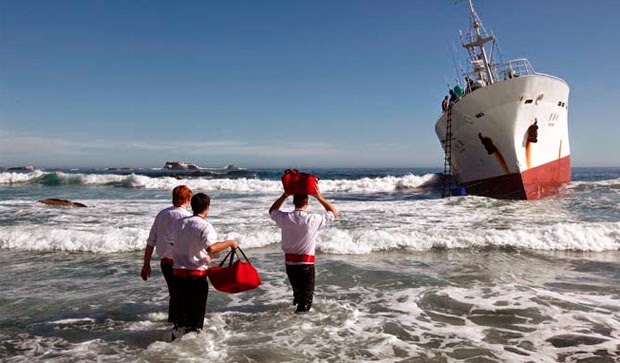 The smart guys from Butler's pizza realised that these guys need to eat! With the help from a local radio station they ordered a few pizzas. Within minutes three 'butlers', all dressed up in their red bow-ties, took on the icy waters of Cape Town to get their piping hot pizzas to their hungry customers... stuck on a shipwreck!

Posted by Cape Team Tours at 9:26 AM No comments:

Adderley Street in Cape Town - Why the Mother City main street was given this name.

Adderley Street is the main street of Cape Town and carries thousands of pedestrians and vehicles daily. This is where we find the famous flower sellers, historic statues, museums and as much of Cape Town culture as you can handle! It is also the hotspot for Cape Town Christmas decorations and lights every year. 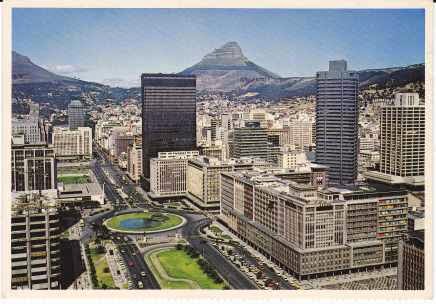 The street was first given the name Heerengracht, after the canal that used to run down it's centre. For quite a number of years it was mostly a residential street filled with trees, but by the mid 1800's it became very commercial in nature. Mayor Hercules Jarvis called it Adderley Street in honour of British Politician C.B Adderley who sided with the residents of Cape Town and fought successfully against the planned project from the British to turn Cape Town into a penal colony.
Posted by Cape Team Tours at 9:32 AM No comments: